by America’s Hotopics
in News
0 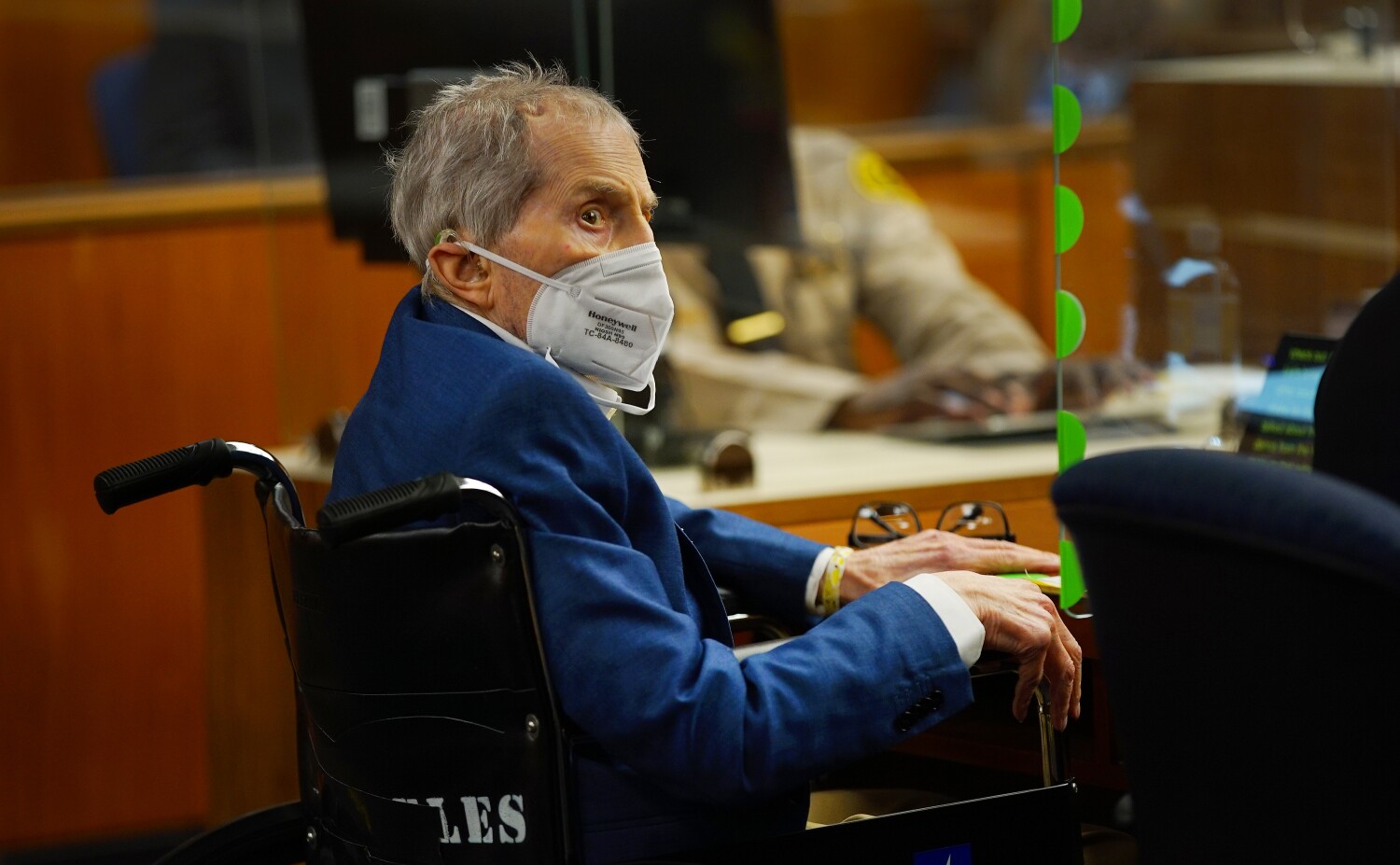 Robert Durst, a multimillionaire real estate heir and defendant in a labyrinthine, closely-watched murder trial, was hospitalized Thursday morning for an unspecified health issue, forcing another setback in the long-delayed proceeding.

Los Angeles Superior Court Judge Mark E. Windham, who is presiding over the trial, said Durst was sent to a hospital in the Los Angeles County jail system for “some incident this morning involving his health.”

The judge said he did not have much information about Durst’s condition, beyond that jail staff found the 78-year-old “down” and not in his wheelchair on Thursday morning. Windham dismissed the jury and delayed the proceeding to Monday morning.

Chip Lewis, one of Durst’s attorneys, had no information about his client’s condition beyond what the judge disclosed in court. “All we know is that he was hospitalized earlier this morning,” he wrote in an email.

For the last month, Durst has been escorted into court each morning in a wheelchair to face the charge that he killed his friend and confidante, Susan Berman, at her Benedict Canyon home in 2000. According to the prosecution’s theory of the case, Durst feared that Berman was going to talk to authorities who had reopened an investigation into the disappearance of his wife, Kathleen Durst, who vanished in 1982 and has never been found.

Durst’s lawyers have argued that he never killed Berman, but stumbled on her body inside her home and panicked, later writing a letter to the Beverly Hills police alerting them to a “cadaver” at Berman’s address.

Deputy Dist. Atty. John Lewin, who is leading Durst’s prosecution, voiced his suspicions that the defendant was faking a medical crisis to force a mistrial. Lewin said Durst is “on record” in his calls from county jail saying he intended to feign dementia or seek a mistrial due to COVID-19.

“I have no idea whether this is legitimate or not, but obviously, given his history, it’s certainly suspect as to what his actual condition is,” Lewin said. Noting that Durst’s lawyers had twice sought mistrials during the previous day’s testimony, the prosecutor added, “It’s very clear the defense and the defendant want this trial to go away.”

Windham said it would be up to the doctors at the jail hospital to determine Durst’s fitness to stand trial.

“Is it false? Is it fake? They do a good job at the jail of ascertaining if a person is good to go to court,” he said.

How Might Lowering the Medicare Age Affect Medicaid Enrollees?

Slow income growth is ‘holding back’ the Chinese consumer: Barclays

How Might Lowering the Medicare Age Affect Medicaid Enrollees?

The Future of New York City

Slow income growth is ‘holding back’ the Chinese consumer: Barclays